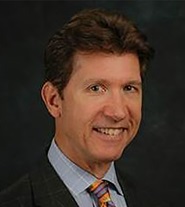 Paul Aines is executive vice president of administration, and chief financial officer of the Pharmaceutical Research and Manufacturers of America (PhRMA). He is responsible for budgeting and finance operations, IT services, human resources, facilities and Rx Response.  Mr. Aines joined PhRMA in June 2015.

Prior to joining PhRMA, Mr. Aines served as chief financial officer and senior director of the American Society of Clinical Oncology (ASCO). Mr. Aines had served ASCO since 2001. Before ASCO, Mr. Aines worked with The Society of the Plastics Industry for fourteen years as controller, and later, director of finance and computer services. He started his career on the audit staff at professional services company KPMG LLP.

Mr. Aines is a graduate of Virginia Tech with a bachelor’s degree in accounting. Additionally, he holds a Masters of Business Administration from The George Washington University.