Washington, D.C. (October 15, 2018)— To help patients make more informed health care decisions, Pharmaceutical Research and Manufacturers of America (PhRMA) member companies today announced their commitment to providing more transparency about medicine costs. PhRMA member companies’ direct-to-consumer (DTC) television advertisements will soon direct patients to information about medicine costs, including the list price of the medicine, out-of-pocket costs or other context about the potential cost of the medicine and available financial assistance. The biopharmaceutical industry will also launch a new platform that will provide patients, caregivers and providers with cost and financial assistance information for brand-name medicines, as well as other patient support resources.

“Our member companies are taking a new approach to how they communicate about medicines in DTC television advertisements to make it easier for patients to access information about medicine costs,” said Stephen J. Ubl, president and chief executive officer of PhRMA. “The Administration and Congress have called on our industry to provide cost information in DTC advertisements, and our members are voluntarily stepping up to the plate.”

On October 2, the PhRMA Board of Directors adopted enhancements to PhRMA’s voluntary DTC principles, Guiding Principles on Direct-to-Consumer Advertisements About Prescription Medicines (originally adopted in 2006). The DTC Principles have been expanded to include a new guiding principle stating, “All DTC television advertising that identifies a medicine by name should include direction as to where patients can find information about the cost of the medicine, such as a company-developed website, including the list price and average, estimated, or typical patient out-of-pocket costs, or other context about the potential cost of the medicine.”

All current PhRMA members have voluntarily and independently committed to being signatories to the updated DTC Principles. Comments from PhRMA Board members on their commitment to this new approach to DTC television advertising and new patient affordability platform can be found here.

The revised Principles become effective on April 15, 2019, but changes to PhRMA members’ DTC television advertisements will begin in the coming months. Signatory companies’ CEOs and chief compliance officers will certify on an annual basis that they have policies and procedures in place to foster compliance with the updated principles.

“Today’s announcement represents a big change for our companies and it will require significant operational changes for individual companies to implement,” continued Ubl. “But we believe this is the right thing to do and is an important step toward providing patients with the information they want.”

Over the last decade, PhRMA member companies have shown their commitment to patients through the existing Partnership for Prescription Assistance (PPA) program, helping more than 10 million patients access their medications for free or nearly free. However, in today’s changing health care landscape, PhRMA member companies want to do more. Today, PhRMA is also announcing that is it is partnering with consumer, patient, pharmacist, provider and consumer groups – including CancerCare, the National Alliance on Mental Illness, the National Consumers League, the National Community Pharmacists Association, the National Hispanic Council on Aging and the National Medical Association – to develop a new patient affordability platform that will launch in early 2019. The new platform will include resources, such as:

One proposal the Administration included in their drug pricing blueprint and members of Congress have advocated for is a requirement that companies include medicine list prices in DTC television advertisements. PhRMA remains concerned that just including list prices in these advertisements is not sufficient and could discourage patients from seeking needed medical care. List prices are not a good indicator of what a patient will pay at the pharmacy counter and do not reflect the substantial discounts and rebates negotiated by insurers and pharmacy benefit managers. In addition, any such requirement would raise significant legal issues, including First Amendment concerns.

A new Morning Consult survey commissioned by PhRMA shows that patients want more information and context about their medicine costs and are concerned that including only the list price in DTC advertisements could cause confusion or cause patients to delay needed medical care. Instead, patients prefer having fuller information about a medicine’s price, including potential out-of-pocket costs and the financial assistance that might be available.

These efforts, reinforce the industry’s longstanding commitment to creating a health care system that works better for patients. PhRMA members are taking a more proactive approach to offer pro-consumer solutions such as ensuring patients benefit from negotiated rebates at the pharmacy, improving predictability and affordability in Medicare Part D, supporting a limit on opioid prescriptions for acute pain to seven days, eliminating barriers to value-based contracts, facilitating generic competition and modifying PhRMA’s membership criteria to establish a minimum investment in research and development to be eligible for membership.

The Pharmaceutical Research and Manufacturers of America (PhRMA) represents the country’s leading innovative biopharmaceutical research companies, which are devoted to discovering and developing medicines that enable patients to live longer, healthier, and more productive lives. Since 2000, PhRMA member companies have invested more than $900 billion in the search for new treatments and cures, including an estimated $79.6 billion in 2018 alone. 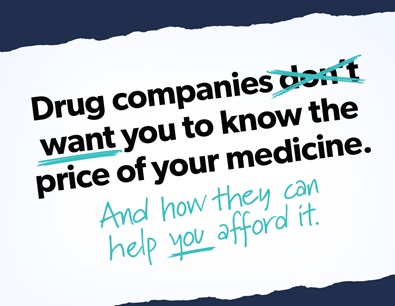