Rare diseases, when taken together, are not that rare at all. According to the National Institutes of Health (NIH), 30 million Americans, or 10 percent of the population, have one of the nearly 7,000 known rare diseases. A disease is defined as a rare or orphan disease when it affects fewer than 200,000 people in the United States. 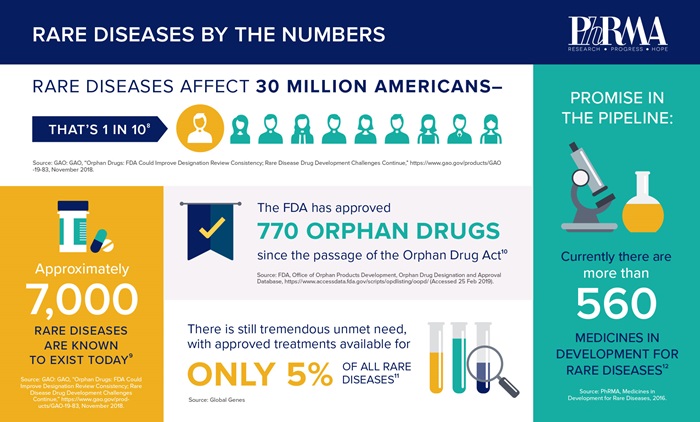 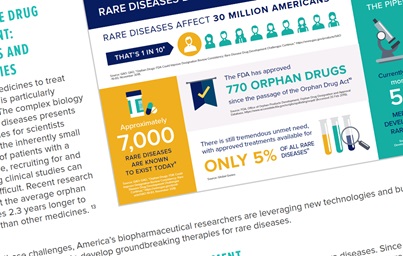 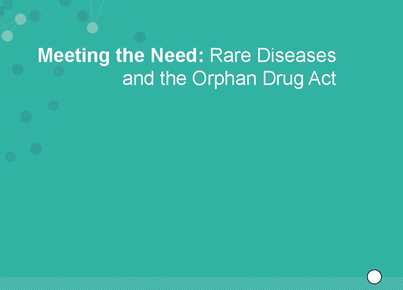 are affected by rare diseases

are known to exist today

do not have approved trearments

Biopharmaceutical industry researchers are making great progress in the fight against rare diseases as innovative science has opened new opportunities. More than 770 medicines have been approved by the U.S. Food and Drug Administration (FDA) since enactment of the Orphan Drug Act in 1983 and more than 560 medicines are in the current biopharmaceutical pipeline. Despite recent progress, there is still much more work to be done. In fact, only 5 percent of rare diseases have an approved treatment option. 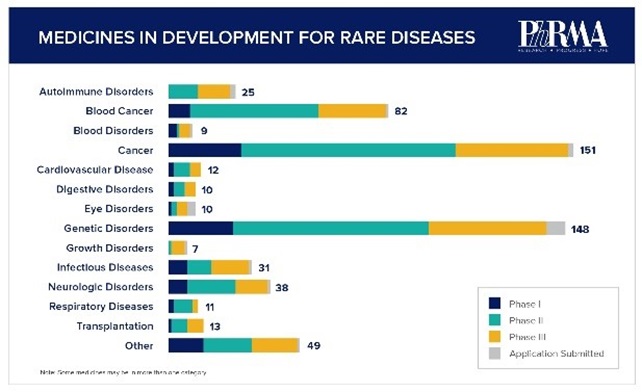 We’ve seen incredible advances in the development of medicines to treat patients with rare diseases as researchers uncover the molecular and genomic drivers of many conditions. Rare diseases are biologically complex and scientists are working hard to uncover the underlying causes and the clinical course of individual rare diseases. Biopharmaceutical companies are committed to following the science to develop orphan drugs and have more than 800 projects in clinical development.

The Orphan Drug Act (ODA) has been instrumental to increasing research into rare diseases. Since the enactment of ODA in 1983, more than 770 orphan drugs and biological products have been approved in the U.S., compared with just 10 in the decade before passage.

The ODA provides incentives for rare disease R&D, as it can be especially challenging to develop new treatments for rare diseases. These incentives include an exclusive right to market the drug for the orphan indication for seven years upon U.S. Food and Drug Administration (FDA) approval.

Developing medicines to treat rare diseases presents scientific and operational challenges. The complex biology of many rare diseases presents unique hurdles for scientists, making it difficult to design and implement a drug development program. Within a particular rare disease, there can be many variations or subtypes resulting in different clinical manifestations and disease progressions. Additionally, due to the inherently small population of patients with a rare disease, recruiting for and conducting clinical trials can be difficult.

Despite these challenges, America’s biopharmaceutical researchers have leveraged new technologies and the growing scientific understanding of many rare diseases to develop groundbreaking therapies in recent years, including: 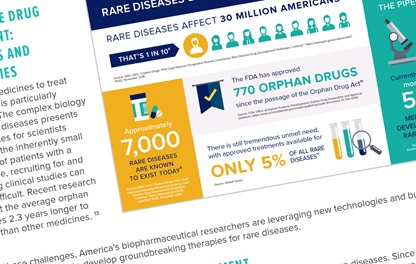 Rare Diseases by the Numbers Infographic 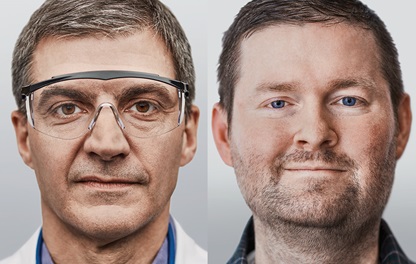 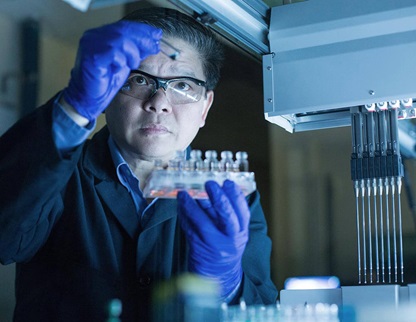 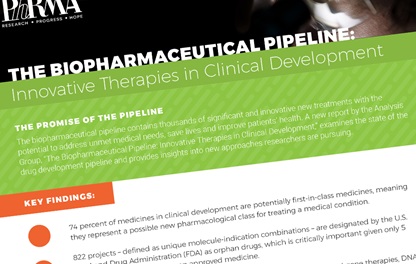 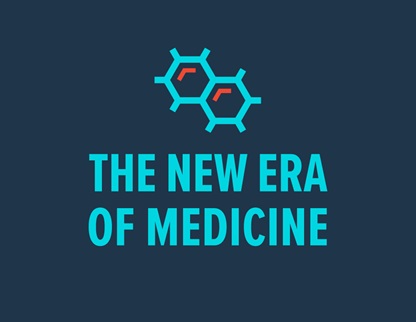