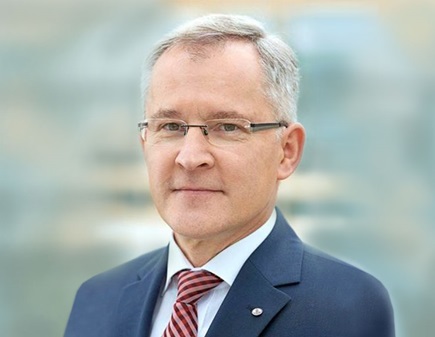 Dr. Wolfgang M. Baiker studied medicine in Bochum, Berlin, Ulm and Munich in Germany and in Sheffield, England, and he gained his executive MBA at Pace University in New York.

In addition to leading development at Boehringer Ingelheim’s largest development site in Biberach, Germany, starting in 2004, Baiker was responsible for global development at the company’s sites in Germany, the United States and Japan from January 2010 until May 2013.

In June 2013, Baiker joined Boehringer Ingelheim’s board of managing directors, with responsibility for biopharmaceuticals and operations.

From July 2016 to February 2018, Baiker was a member of the Human Pharma executive committee, with responsibility for Human Pharma supply and global quality. In addition, he headed the Biopharma business unit.

In March 2018, Baiker assumed the titles of U.S. Country Managing Director and President and CEO for Boehringer Ingelheim USA.